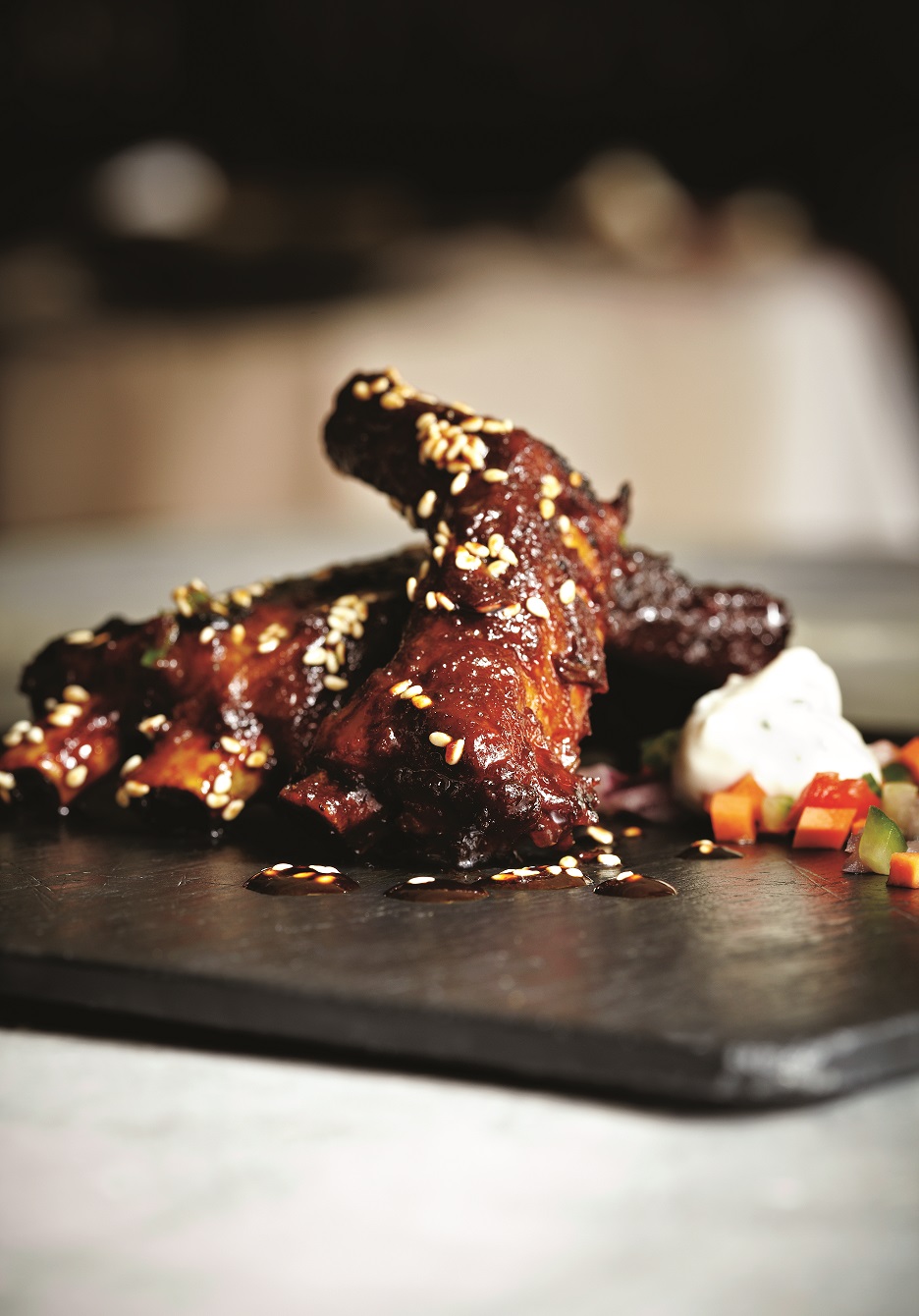 Posted on November 1, 2017 by Vivek Singh
No Comments

For the month of November I am sharing this finger licking delicious Charred Pork Ribs recipe. This method of double cooking ribs – first cooking in liquid and then grilling – gives a fantastic silky, fall-off-the-bone texture and deep rich flavours. Yes, you can argue that the spicing is quite Chinese, but, hey, it’s the second most popular cuisine in India! The hot, sharp mustard dressing, with its delightfully big flavours will leave you licking your sticky fingers for long after the ribs are gone.

Mix together all the ingredients for the marinade in a large bowl, then rub them on to the pork ribs and leave for an hour (or considerably longer if you can). Put the pork ribs in a roasting tray and add just enough water to cover the ribs. Check the seasoning, as the cooking liquid should be correctly seasoned before the ribs are placed in the oven. Put the ribs in a roasting tray, covered with foil. Transfer the tray to an oven preheated to 190°C. Cook for 60 minutes. Remove the tray from the oven and separate the ribs from the stock. Set aside the ribs to cool and for the meat to firm up.

Meanwhile, make the dressing. Beat the oil, mustard, honey and lemon juice together until a smooth emulsion forms. Set aside.

Strain the stock into a heavy-based saucepan, then boil the stock until it reduces and thickens without tasting too salty. Add the remaining soy sauce, honey and malt vinegar and simmer for about 15 minutes, stirring, until the sauce is a thick glaze. Check the seasoning to make sure it isn’t too salty, which it can be if the glaze has reduced too much. If it tastes too salty, add more honey.

Place the pork ribs on a baking sheet on a hot barbecue for 2-3 minutes, brushing with the glaze, until they are coloured. Move the ribs to the edge of the barbecue (where it is cooler) and brush with more glaze. Cook for a couple of minutes, turning continuously to get a deep rich, shiny caramelised gloss on the ribs. Sprinkle with sesame seeds and serve hot with chunky kachumber and spiced cucumber, onion and tomato salad.

Alternatively, the final cooking stages can be done in the oven, reducing the heat for the second stage.