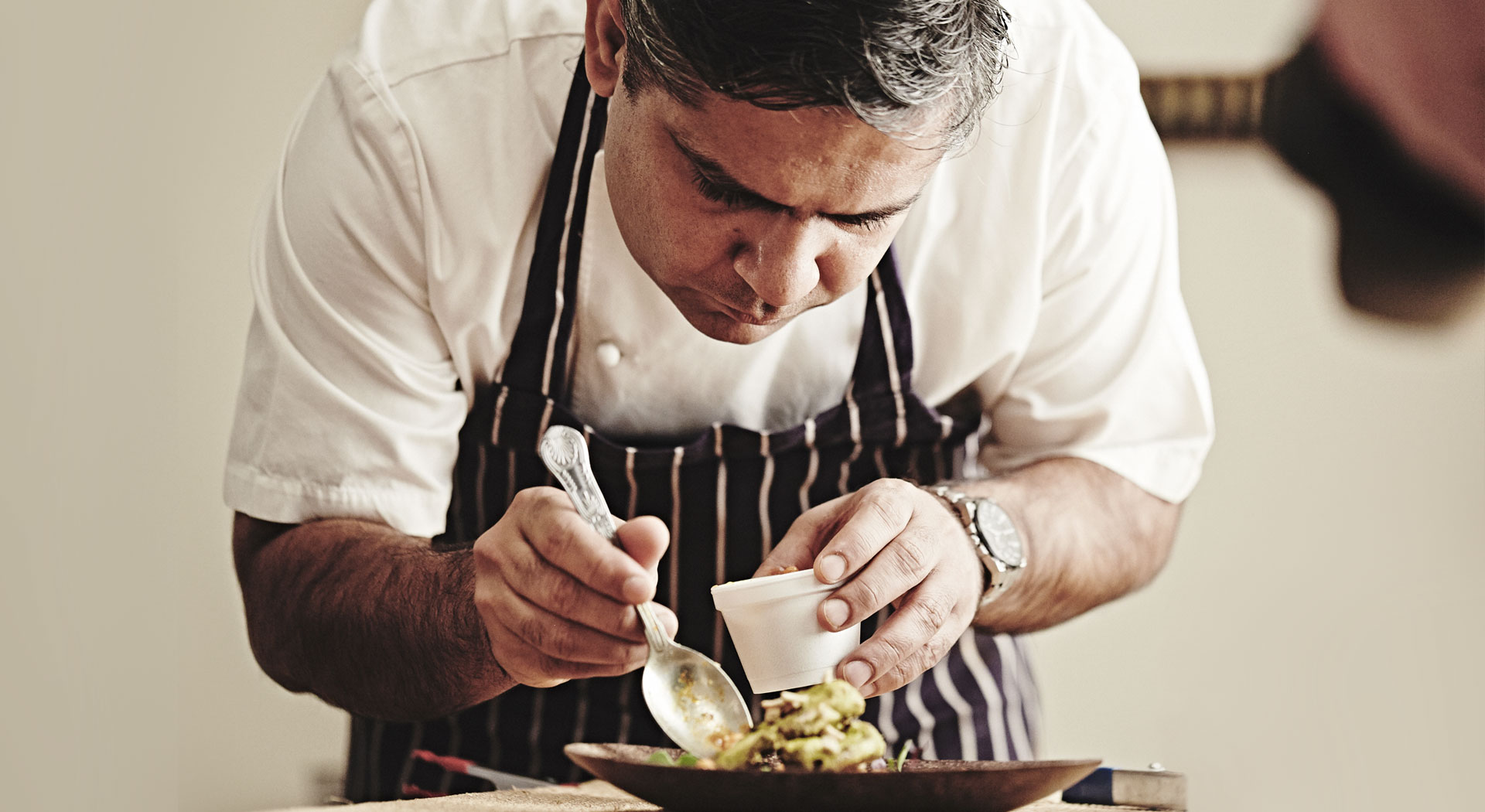 “Growing up in India, food was at the centre of everyday life. From festivals to wedding celebrations, huge feasts were commonplace in Asansol and it was here that I fell in love with the sights, smells and celebration of food.

Even on a regular day, my mother would cook four meals a day with each one featuring around five dishes! Asansol also had a strong Anglo influence and we celebrated Christian festivals as well as Hindu ones, experiencing many different cuisines along the way. This exposure was vital to my experience as a chef later in life as I began to develop my personal style, marrying Indian spices and flavours with Western techniques and ingredients.

I have been lucky enough to follow my passion for food with a career as a chef and I now run four London restaurants and one Oxford restaurant serving modern Indian cuisine: The Cinnamon Club, Cinnamon Kitchen, Cinnamon Bazaar, Cinnamon Kitchen Oxford and Cinnamon Kitchen Battersea. Across all of our restaurants I uphold my core philosophy that food does not exist in a void; it’s not timeless and does not operate in a vacuum. My personal journey from a colliery near Asansol to Great Smith Street in Westminster has taught me that everything changes all the time. As a result I am always looking hard to evolve the food we cook, responding to new ingredients, techniques and influences to create menus & dishes that are mindful of Indian tradition but are always evolving, adapting, changing to keep in step with the times.”